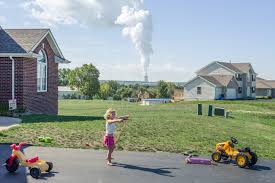 I’m trying to play catch up after not posting anything in quite a length of time. I’ve decided to do a series of longitudinal reviews of the Nuclear Regulatory Commission’s Event Notification Reports for the last month covering a number of subjects, beginning with seismic warning capabilities. The nation’s nuclear power plants have been tasked with reviewing seismic monitoring capabilities in the aftermath of the Fukushima earthquake and tsunami. There were five items in the March reports.

“…Byron Station has identified six previous occurrences where the Seismic Monitor was declared non-functional, which impacted the capability to perform an ALERT EAL (HA4) assessment in accordance with the Radiological Emergency Plan Annex. These occurred on November 6, 2014; April17, 2013; January 2, 2013; October 10, 2012; July 18, 2012 and July 9, 2012.

2. On March 27, the LaSalle facility, also in Illinois, “identified 6 times in the past 3 years that the seismic monitor was inoperable such that emergency classification at the ALERT level could not be obtained with site instrumentation.”

3. Also on March 27, Illinois’ Quad Cities nuke reported that its review had found three occasions when “the seismograph was non-functional….”

5. And also on that day, Pennsylvania’s Three Mile Island reported out monitoring outage in the three year review.

Interesting fact: All five plants are operated by Exelon.

By day, I work for a call center. In my spare time, I try to save my hometown (and planet) from a nearly constant onslaught of greedheads, lunatics and land developers. I live in a fictional town called Austin, Texas, where I go to way too many meetings.
View all posts by Robert Singleton →
This entry was posted in Nuclear power and tagged Braidwood, Byron, earthquake, Event Reports, Exelon, LaSalle, nuclear power, Nuclear Regulatory Commission, Quad Cities, Three Mile Island, United States. Bookmark the permalink.