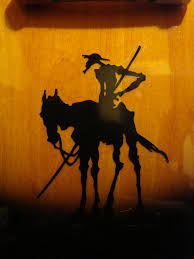 After having spent the better part of the morning tilting with the Texas Low Radioactive Waste Disposal Compact Commission, I thought I’d focus on a month or so of Nuclear Regulatory Commission Event Reports on the kinds of waste that are supposed (in theory) to be regulated by the Commission.

1. Everybody knows that delivery services sometimes screw up, but you’d think that carriers would be extra careful when it comes to radioactive materials. Well, you’d be wrong. QSA Global of Baton Rouge notified the NRC on February 10, 2015, of an incident that occurred the previous day when ” the common carrier delivered a ‘crate/container’ of [Radioactive Materials] RAM to the Baton Rouge, LA address that was intended for Seoul, South Korea.” But it was an error that was easy to understand: “The labeling on one of the Korean containers was not legible or missing….”

The shipment consisted of three containers, one of which was bound for Louisiana. The third box was supposed to go to South Korea.

I did some shipping and receiving long ago when I worked in a record store. (Long enough ago that there were still record stores.) There were some hard and fast rules: Every box needed to have a label and the label needed to have a “_ of _” piece count on it. Also, I wouldn’t sign for anything where the number of boxes didn’t match the shipping paperwork. But I guess Sound Warehouse was a little more organized than QSA Global.

But maybe getting the right number of copies of the new Dead Kennedys album needs more attention to detail than does the shipment of Iridium-192, which is what was dropped off eight thousand miles short of its intended destination.

2. On February 11, B&W Nuclear Operating Group of Lynchburg, Virginia, submitted an update on a previous Event Report on an incident that had taken place at its uranium fuel fabrication facility. Seems that scrap material (contaminated filters, vacuum cleaner bags and other industry detritus) is processed in the Low Level Dissolver, ” to reclaim as much of the uranium as possible.” According to the Event Report:

“On occasion during processing a slight amount of material will spill over the edge of the dissolver trays, filter bowls, or when hand-transferring material between the trays and filter bowls. These small spills collect on a large catch tray in the bottom of the enclosure. Periodically the catch tray is cleaned to limit the amount of material buildup. By procedure the solid material is to be scraped up and collected in a [less than or equal to] 2.5 liter container.”

But, apparently the safety procedures proved too complicated for the technicians:

“On January 9, 2015, the LLD process was shutdown and the enclosure was undergoing a routine cleanout. However on this occasion the operators scraped the material on the tray into several piles for subsequent collection into containers. The volume of most of the piles exceeded the 2.5 liter limit.”

The scenarios for the handling of materials containing an unknown amount of U-235 assume the material is containerized rather than in piles. Some of the IROFS credited in these scenarios were therefore not available for the collection of the material in piles. Although the as-found condition presented no safety concern, the scenarios as documented in the ISA [Integrated Safety Analysis] did not demonstrate the performance requirements of 10 CFR 70.61 were maintained.”

But nothing blew up, so the NRC is satisfied:

“There was no immediate risk of a criticality or threat to the safety of workers or the public as a result of this event.”

I’ve said it before and I’ll say it again, the seven scariest words in the English language are: “The public was never in any danger.”

3. Another transportation incident took place on Feb. 13, this time in Florida

“[The common carrier] was delivering 2 packages from CA to Isoaid in Port Richey (they dispose of the used material sent in by customers). The boxes at some point fell out of the truck and they were not discovered missing until the driver reached Isoaid. It is not known the exact time this [occurred], the phone call to the BRC [Bureau of Radiation Control] was at 1:40 pm. They did locate them but one package was run over and (1) I-125 seed was missing from the box.”

4. And while we’re talking about things falling off the back of trucks…. I don’t know why this report didn’t appear on the NRC page until February 18, since it happened three weeks earlier:

“On January 26, 2015, the licensee notified the Agency [State of Texas] that one of its technicians had left a temporary job site in Fort Worth and after traveling approximately 30 minutes toward another job site, he realized the tailgate was down [and the gauge was missing]. When he left the first site, he had left the Humboldt 5001EZ moisture/density gauge (SN: 3613), containing one 10 millicurie cesium-137 source and one 40 millicurie americium-241/beryllium source, on the tailgate and not secured in the back of the vehicle. The technician returned to the site and looked for the gauge.”

Apparently the driver wasn’t the only person looking for unsecured nuclear materials:

“Other construction workers at the site did produce the carrying case and the lock that had been on it, the standard block, and the flattening plate but not the gauge. The licensee is notifying local law enforcement and will return to the site in the morning with reward offer.”

5. In the category When Medical Devices Attack, there is this:

“On Friday, February 13, 2015, the Wisconsin Radiation Protection Section received notice from the Radiation Safety Officer (RSO) of Marshfield Clinic that their Leksell Gamma Knife Perfexion gamma stereotactic radiosurgery unit failed to function as designed. The Gamma Knife unit became stuck open and staff had to manually retract the patient bed and close the shielding doors on the unit.”

Hope the patient was sedated during the procedure.

6. On February 23, the State of Pennsylvania finally found out what set off the radiation monitors at a landfill on January 23. According to the original Event Report:

“A Pennsylvania landfill rejected a load of garbage based on elevated radiation readings (188 uR/h) and sent it back to NJ. PA identified the nuclides as Mn-54 and Co-57. [A New Jersey Department of Environmental Protection (NJDEP)] inspector went to the NJ garbage facility to verify the readings and nuclides.

“[NJDEP informed] the waste facility that [they] would be coming to observe the separation/isolation process, but [before the] inspector got there, they had already done everything. According to the facility personnel, there was a bag of metal parts (they opened it up), but had double bagged it by the time [the inspector] got there. [The] inspector got 23 mR/h on contact, 849 uR/h at 1 foot and 62 uR/h at 1 meter. Discussions revealed that no one picked it up with their hands and they were not near the source for very long.”

The update identified the culprit:

“The radioactive item was determined to be a small metal foil. No specific point of origin could be determined.”

Think I’ll wrap up here, although there’s plenty more where this came from. If you’d like to play along, the Nuclear Regulatory Commission posts Event Notification Reports Monday through Friday (excluding holidays) at www.nrc.gov.

By day, I work for a call center. In my spare time, I try to save my hometown (and planet) from a nearly constant onslaught of greedheads, lunatics and land developers. I live in a fictional town called Austin, Texas, where I go to way too many meetings.
View all posts by Robert Singleton →
This entry was posted in Low-level radioactive waste and tagged low level radioactive waste, Nuclear Regulatory Commission, radioactive materials, Texas Low Radioactive Waste Disposal Compact Commission. Bookmark the permalink.