Posted on December 14, 2014 by Robert Singleton 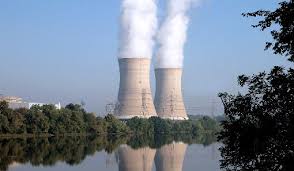 PPL Susquehanna, a subsidiary of PPL Corp. in Allentown, described the problem in a press release as “a small water leak inside the containment structure” surrounding the reactor.

One of the more frustrating things in following nuclear issues is separating fact from press release. As The Morning Call reported:

“Although the water leak is well within the plant’s limits for continued safe operation, operators began shutting the unit down as a conservative measure to complete repairs and enhance the unit’s reliability for the upcoming winter, when cold weather drives higher electricity use,” PPL said.

By day, I work for a call center. In my spare time, I try to save my hometown (and planet) from a nearly constant onslaught of greedheads, lunatics and land developers. I live in a fictional town called Austin, Texas, where I go to way too many meetings.
View all posts by Robert Singleton →
This entry was posted in Event Reports, Susquehanna and tagged nuclear power, Pennsylvania, Susquehanna, United States. Bookmark the permalink.