Posted on December 5, 2014 by Robert Singleton 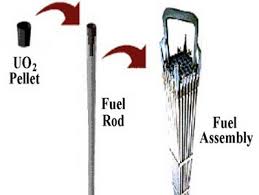 Waste Control Specialists wants to expand its low-level radioactive waste dump in Andrews County to include the much more dangerous spent fuel rods from nuclear power plants. Spent fuel rods are classified as high-level waste, and are specifically exempted from being disposed of at the WCS site under the conditions of its current license.

That may change. As Odessa/Midland’s NBC affiliate NewsWest 9 reported Monday:

Waste Control Specialists (WCS) operates the radioactive waste site and is responsible for the low-level nuclear material already being treated, stored and disposed of in Andrews County.

Although opponents of the operation of the Andrews County were not invited to nor informed of the meeting, some allowance for comment has been provided. According to WCS president Rod Baltzer:

“Anybody with questions or concerns can also submit them on our website, WCSTexas.com.”

As of Friday afternoon, the only link on the WCS page concerning the new plan takes you to a 1 minute, 35 second YouTube video, which has a section for comments.

One of the most frightening scenarios concerning current operations at the low-level waste dump and even more so if WCS is allowed to dispose of high-level waste is a serious transportation accident. In the course of writing this post, I went to the NewsWest 9 web page and found two serious non-nuclear transportation accidents. One involved a major diesel spill on Highway 191, and the other concerned an oversize load hitting the Interstate 20 bridge. Serious as these accidents were, they could have been major catastrophes if either truck had been transporting low-level or high-level radioactive waste.