Posted on November 29, 2014 by Robert Singleton 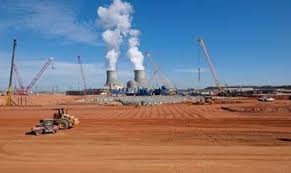 What happens when you’ve got all your approvals for two new reactors, but the bottom’s fallen out of the nuclear industry after Fukushima, with continued low natural gas prices, general incompetence on the part of your contractors and the continued rise of market share staked out by wind and solar?

For Plant Vogtle in Georgia, the answer seems to be to hunker down and hope for a miracle, like proof that wind energy causes erectile dysfunction and gingivitis.

There’s still no proof of anything like that, so Vogtle is doubling down on the hunkering and hope that nobody reads the Augusta Chronicle, which reported last week:

Scheduling delays for two nuclear reactors under construction at Plant Vogtle are worsening, according to a report from a state-hired construction monitor.

William Jacobs, who monitors the Vogtle project for the Georgia Public Service Commission, wrote in a report released Monday that he thinks the new units will be delayed past their current forecasted completions of late 2017 and 2018. Based on current activities, “it is impossible to determine” when the units will be begin producing commercial power.

By day, I work for a call center. In my spare time, I try to save my hometown (and planet) from a nearly constant onslaught of greedheads, lunatics and land developers. I live in a fictional town called Austin, Texas, where I go to way too many meetings.
View all posts by Robert Singleton →
This entry was posted in Construction delays, Vogtle and tagged construction delays, nuclear power, United States, Vogtle. Bookmark the permalink.