Posted on September 16, 2014 by Robert Singleton 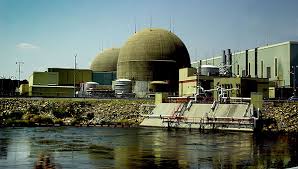 Initial inspection of the fuel assembly identified two (2) visibly split fuel pins of eight (8) to ten (10) inches long with visible damage to the top of the pins. The internals of the affected pins are visible and the springs from the top of each pellet stack are touching the top nozzle.

By day, I work for a call center. In my spare time, I try to save my hometown (and planet) from a nearly constant onslaught of greedheads, lunatics and land developers. I live in a fictional town called Austin, Texas, where I go to way too many meetings.
View all posts by Robert Singleton →
This entry was posted in Event Reports, North Anna, Nuclear Regulatory Commission and tagged damaged fuel rods, Event Reports, North Anna, nuclear power, Nuclear Regulatory Commission, United States, Virginia. Bookmark the permalink.