Event Reports: Missing the point, evasion and other bad writing

Posted on September 2, 2014 by Robert Singleton 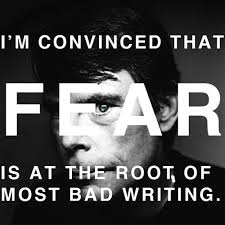 Every weekday, I wade through the Event Notification Report section of the Nuclear Regulatory Commission’s website. Today, there was nothing particularly noteworthy from a safety context. However, it was a banner day for confusing and evasive writing. I thought I’d just make note of a couple of items that will stand for the kind of bad writing that appears daily in Event Reports.

1. There is this explanation for a medical misadministration from Covenant Health Services in Lubbock, Texas:

The Event Report contined this disclaimer:

“A Medical Event may indicate potential problems in a medical facility’s use of radioactive materials. It does not necessarily result in harm to the patient.”

You will be pleased to know that Covenant Health has implemented procedural changes to make sure this doesn’t happen again:

If you are scheduled for treatment at Covenant Health, my suggestion is that you wear a nametag.

I think it would be more accurate to say that the radiation monitoring system was intermittently non-functional.

The first sentence of the Event Report confirms that this was indeed the case:

“At 0932 EDT on August 29, 2014, Beaver Valley Power Station (BVPS) Unit 2 determined that the Digital Radiation Monitoring System (DRMS) was operating intermittently. This resulted in an intermittent loss of radiation monitor capability to alarm and indicate in the control room. BVPS Unit 2 DRMS was declared non-functional.”

The problem with the DRMS was fixed. The evasive language was not.

3. And the National Institute of Standards of Gaithersburg, Maryland, reported to the NRC this morning:

“At approximately 1600 EDT on 08/29/14, a 60 nanocurie Pu-239 wafer source dropped from its holder during change out following neutron irradiation in building 235 (Research Reactor Test Facility).”

It’s the next sentence that stood out:

“The wafer struck the floor and cleaved in half.”

Cleaved in half sounds so much better than broke in two, don’t you think? It sounds almost Biblical.

Additionally, the Event Report uses Pu-239 throughout the report without noting that Pu stands for plutonium.

I’m not sure where to start with the reported investigation:

“…personnel involved have been evaluated, with the exception of two nasal swipes, on two separate individuals not directly involved with the incident, but near the location, reporting about 0.17 dpm alpha each, all surveys find the personnel to be clear of contamination. It is believed the two 0.17 dpm nasal swipes are statistically not different than zero, follow-up measurements will be done to confirm this.”

Statistically not different from zero may be the new Close enough for government work.

By day, I work for a call center. In my spare time, I try to save my hometown (and planet) from a nearly constant onslaught of greedheads, lunatics and land developers. I live in a fictional town called Austin, Texas, where I go to way too many meetings.
View all posts by Robert Singleton →
This entry was posted in Beaver Valley, Event Reports, Medical misadministration, Nuclear Regulatory Commission and tagged Beaver Valley, Event Reports, medical misadministration, nuclear power, Nuclear Regulatory Commission, United States. Bookmark the permalink.