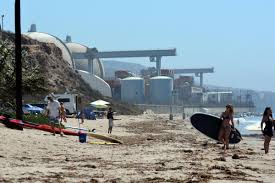 Just something to think about before we build any more nuclear power plants….

The Community Engagement Panel, which was created to advise plant owners Southern California Edison, San Diego Gas & Electric and others, will take up an estimate that the two decades-long process could cost $4.4 billion. The new amount, up from previous estimates of around $3.3 billion, was reported earlier this month.

The Community Engagement Panel will also address another issue:

How much of the costs of the shutdown, along with replacement power and other needs, will be borne by the utilities and how much by ratepayers has been the subject of many months of talks between the companies, regulators and consumer watchdogs.

Wait a minute. I thought all nuclear power plants in the United States were required to set aside funds to cover the costs of decommissioning. Where did that money go?

By day, I work for a call center. In my spare time, I try to save my hometown (and planet) from a nearly constant onslaught of greedheads, lunatics and land developers. I live in a fictional town called Austin, Texas, where I go to way too many meetings.
View all posts by Robert Singleton →
This entry was posted in Decommissioning, San Onofre and tagged California, decommissioning, nuclear power, San Onofre, United States. Bookmark the permalink.