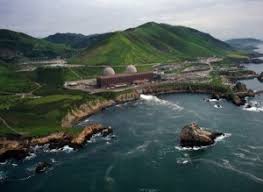 Yesterday, I told you that the former NRC resident inspector at the Diablo Canyon nuclear power plant is calling for the facility to be closed over seismic concerns.

Today, closure may be one step closer. According to an Associated Press story carried by the Pittsburgh Tribune-Review:

Boxer, a Democrat, announced the hearings as The Associated Press disclosed that a federal expert has been urging the NRC to shut the Diablo Canyon plant until regulators can determine whether its reactors can withstand shaking from nearby earthquake faults.

Boxer, chair of the Environment and Public Works Committee, says she is alarmed that the recommendation by Michael Peck, the NRC’s former lead inspector at the plant, was made a year ago and that the agency hasn’t acted.

By day, I work for a call center. In my spare time, I try to save my hometown (and planet) from a nearly constant onslaught of greedheads, lunatics and land developers. I live in a fictional town called Austin, Texas, where I go to way too many meetings.
View all posts by Robert Singleton →
This entry was posted in Diablo Canyon, Earthquake, Nuclear Regulatory Commission and tagged Barbara Boxer, California, Diablo Canyon, earthquake safety, Environment and Public Works, nuclear power, Nuclear Regulatory Commission, Senate, United States. Bookmark the permalink.