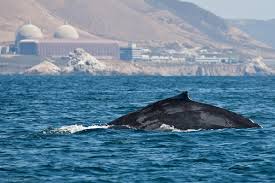 As Northern California begins to recover from a 6.0 magnitude earthquake, a former resident inspector is calling for the closure of the Diablo Canyon nuclear power plant until the facility’s ability to withstand a major earthquake can be assessed. The Honolulu Star Advertiser reported today:

A senior federal nuclear expert is urging regulators to shut down California’s last operating nuclear plant until they can determine whether the facility’s twin reactors can withstand powerful shaking from any one of several nearby earthquake faults.

Michael Peck, who for five years was Diablo Canyon’s lead on-site inspector, says in a 42-page, confidential report that the Nuclear Regulatory Commission (NRC) is not applying the safety rules it set out for the plant’s operation.

The document, which was obtained and verified by The Associated Press, does not say the plant itself is unsafe. Instead, according to Peck’s analysis, no one knows whether the facility’s key equipment can withstand strong shaking from those faults — the potential for which was realized decades after the facility was built.

Continuing to run the reactors, Peck writes, “challenges the presumption of nuclear safety.”

The disaster preparedness of the world’s nuclear plants came into sharp focus in 2011, when the coastal Fukushima Dai-ichi plant in Japan suffered multiple meltdowns after an earthquake and tsunami destroyed its power and cooling systems. The magnitude-9 earthquake was far larger than had been believed possible. The NRC has since directed U.S. nuclear plants to reevaluate seismic risks, and those studies are due by March 2015.

According to the Star Advertiser:

What’s striking about Peck’s analysis is that it comes from within the NRC itself, and gives a rare look at a dispute within the agency. At issue are whether the plant’s mechanical guts could survive a big jolt, and what yardsticks should be used to measure the ability of the equipment to withstand the potentially strong vibrations that could result.

The conflict between Peck and his superiors stems from the 2008 discovery of the Shoreline fault, which snakes offshore about 650 yards from the reactors. A larger crack, the Hosgri fault, had been discovered in the 1970s about 3 miles away, after the plant’s construction permits had been issued and work was underway. Surveys have mapped a network of other faults north and south of the reactors.

According to Peck’s filing, PG&E research in 2011 determined that any of three nearby faults — the Shoreline, Los Osos and San Luis Bay — is capable of producing significantly more ground motion during an earthquake than was accounted for in the design of important plant equipment. In the case of San Luis Bay, it is as much as 75 percent more.

By day, I work for a call center. In my spare time, I try to save my hometown (and planet) from a nearly constant onslaught of greedheads, lunatics and land developers. I live in a fictional town called Austin, Texas, where I go to way too many meetings.
View all posts by Robert Singleton →
This entry was posted in Diablo Canyon, Earthquake, Nuclear Regulatory Commission and tagged Diablo Canyon, earthquake, nuclear power, Nuclear Regulatory Commission, United States. Bookmark the permalink.