British nuclear reactor goes offline, and nobody asks why 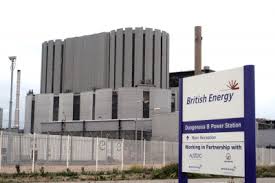 Half a dozen British news outlets carried a story this afternoon. This is from the Reuters UK version, but which outlet you read doesn’t make much difference, as I’ll explain below:

“Unit availability is expected to be 0 MW for the next 7 days,” EDF Energy said on its regulatory website.

Virtually all the press reports either quoted the Reuters feed or were couched in language that I suspect came from an EDF press release. And none of the reporters asked EDF why Dungeness B22 was taken offline.

Reuters at least carried one line some of the others didn’t, and it’s an important fact:

Britain now has six nuclear reactors offline, with a combined capacity of 3,445 MW.

There is one additional fact that Reuters missed — Five of the six British reactors that are offline are all of the same type. They are Advanced Gas-Cooled Reactors, or AGR’s. I told you about this in early August.

The four reactors that went out of service in early August were taken offline because of a potential defect in the boiler spine system. The bad news is that with the five AGR’s taken offline, there are still nine AGR’s up and running, all with the same potentially defective design.

By day, I work for a call center. In my spare time, I try to save my hometown (and planet) from a nearly constant onslaught of greedheads, lunatics and land developers. I live in a fictional town called Austin, Texas, where I go to way too many meetings.
View all posts by Robert Singleton →
This entry was posted in Advanced gas-cooled reactors, Dungeness, EDF, United Kingdom and tagged advanced gas-cooled reactor, Dungeness, nuclear power, United Kingdom. Bookmark the permalink.