Thunderstorm triggers false alarm at New York nuclear power plant. Which one? You can’t tell from the news coverage…. 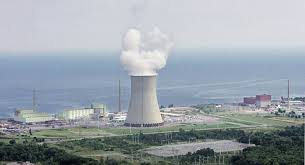 The CBS affiliate in Syracuse reported this morning:

An emergency notification siren went off Thursday morning at the nuclear power plants in Scriba, but there was no emergency, officials say.

The siren was inadvertently tripped by a passing thunderstorm, possibly triggered by a lightning strike.

Shutting off the siren that cried wolf did not go smoothly:

The siren went off for longer than the three minutes they are designed to sound, and attempts to shut the siren down through the radio-based activation system were not successful.

The story does not indicate how the siren was eventually silenced. I suspect it involved wire-cutters.

Something else the story did not address was which nuclear plant the public was supposed to be alarmed about. The picture with the story, appearing above, appears to be of the FitzPatrick nuclear power plant. But the article quoted spokesman for Exelon. FitPatrick is owned by Entergy. Maybe FitzPatrick takes a more interesting picture, even though it displays the familiar square containment building of an aging GE boiling water reactor of the type that failed at Fukushima.

FitzPatrick is co-located with the Nine Mile Point nuclear power plant on a 900 acre site outside Scriba, New York. Nine Mile Point is a joint venture operated by Exelon and EDF, a French corporation. Nine Mile Point has a pair of GE boiling water reactors, but uses a cooling tower and a newer type of containment building.

My suspicion is that the warning sirens are for both plants, and maintenance of the alarms is provided by Exelon.

Here’s a group picture showing both FitzPatrick and Nine Mile Point. I suspect that the CBS station didn’t want to use a graphic that included the cooling tower at Nine Mile Point, since it’s what most people think of when they think of a nuclear power plant: 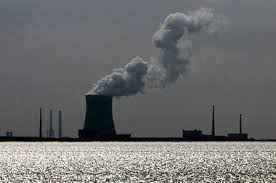 By day, I work for a call center. In my spare time, I try to save my hometown (and planet) from a nearly constant onslaught of greedheads, lunatics and land developers. I live in a fictional town called Austin, Texas, where I go to way too many meetings.
View all posts by Robert Singleton →
This entry was posted in EDF, Entergy, Exelon, FitzPatrick, Nine Mile Point, Sirens, Weather and tagged FitzPatrick, New York, Nine Mile Point, nuclear power, sirens, United States, weather. Bookmark the permalink.