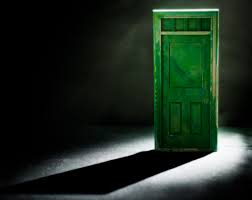 A couple of items from Event Reports submitted to the Nuclear Regulatory Commission (NRC) last week concerned loss of containment. There have been a lot of incidents of this sort this year.

1. Last Wednesday morning at a time not specified in the Event Report, a Control Room Boundary door failed to latch at the Millstone nuclear power plant in Connecticut. The report indicated that the incident was associated with the Unit 2 reactor. The door was repaired at 5:52 on Wednesday morning.

The failure to specify when the incident began is potentially significant because of something which occurred Tuesday afternoon at the plant. Millstone reported to the NRC that shortly after 1 PM, the radiation stack monitor for Unit 2 was removed from service for planned maintenance. The Event Report estimated that the monitor would be out of service for eight hours.

2. And late Wednesday night, the Nine Mile Point nuclear power plant in New York had a momentary loss of containment due to both doors in the Reactor Building Airlock being open at the same time.

By day, I work for a call center. In my spare time, I try to save my hometown (and planet) from a nearly constant onslaught of greedheads, lunatics and land developers. I live in a fictional town called Austin, Texas, where I go to way too many meetings.
View all posts by Robert Singleton →
This entry was posted in Event Reports, Loss of Containment, Millstone, Nine Mile Point, Nuclear Regulatory Commission and tagged Connecticut, Event Reports, loss of containment, Millstone, New York, Nine Mile Point, nuclear power, Nuclear Regulatory Commission, United States. Bookmark the permalink.