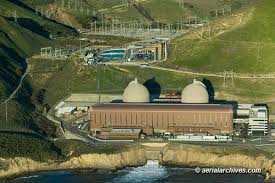 A problem with the reactor’s emergency diesel generators (EDG) has shut down Unit 2 at the Diablo Canyon nuclear power plant in California. According to the Event Report filed with the Nuclear Regulatory Commission this morning, an inspection revealed a failed capscrew on a cylinder in one of the Unit 2 EDGs, which provide power to the reactor when offsite power is interrupted, triggered an inspection of the second EDG for Unit 2. A failed capscrew was also identified on the second EDG for Unit 2.

Inoperability of two EDGs triggered a Technical Specification shutdown of Unit 2, since the loss of both diesel generators constituted “a condition that could have prevented fulfillment of a safety function….” Unit 2 is now at 0 per cent output, according to this morning’s Reactor Power Status Report.