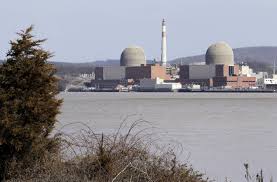 New York’s Journal News reported in the last half hour:

The system had incorrectly registered a change in the reactor’s coolant system pressure, which triggered the shutdown.

The cause of the false signal is still under investigation, said Jerry Nappi, a spokesman for plant owner Entergy, and the unit remains offline.

There should be more details available when Entergy files an Event Report tomorrow.

By day, I work for a call center. In my spare time, I try to save my hometown (and planet) from a nearly constant onslaught of greedheads, lunatics and land developers. I live in a fictional town called Austin, Texas, where I go to way too many meetings.
View all posts by Robert Singleton →
This entry was posted in Entergy, Indian Point, Reactor problems and tagged Entergy, Indian Point, New York, nuclear power, reactor shutdown, United States. Bookmark the permalink.