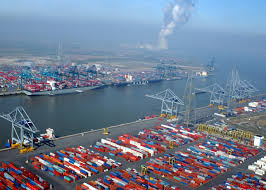 South Korea has found radiation-contaminated metal imports from Japan and will return them, the country’s nuclear safety commission said Monday.

The contaminated products were included in a 20-ton shipment of scrap metal that arrived at a seaport in South Korea’s southeastern Gyeongsang Province on Thursday, according to the Nuclear Safety and Security Commission.

“The commission has installed radiation detectors at all major ports to prevent an inflow of contaminated materials,” it said in a press release, adding that the Japanese scrap metal will soon be returned to Japan.

The stepped-up monitoring is part of a series of measures in reaction to Fukushima:

The country currently maintains an import ban on all fishery imports from eight Japanese prefectures, including Fukushima, where a meltdown of reactors had led to the massive leak of radioactive materials and contaminated water.