Event Reports: Another nuke has a heat sink problem, and a drunk foreman is terminated at Michigan nuke‏ 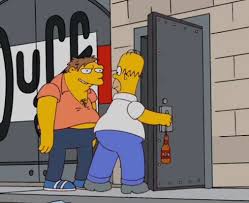 I told you earlier this week about the problem the Turkey Point nuclear power plant is having in attempting to hold down the temperature of the canals that serve as the Ultimate Heat Sink (UHS) for the facility. These canals allow Turkey Point to discharge heated water from plant operations. The problem is that the temperature in the UHS has been exceeding the allowable limits under the station’s NRC license, and may have led to the death of a threatened American crocodile.

1. Today, the River Bend nuclear power plant in Louisiana posted an Event Report on the Nuclear Regulatory Commission’s Event Notification Report web page outlining an unanalyzed condition with the facility’s Ultimate Heat Sink. According to the Event Report: “…a review of an engineering analysis of the ultimate heat sink (UHS) determined that the UHS had been in an unanalyzed condition that degraded plant safety.” The problem: the analysis of the requirement that River Bend maintain a 30 day supply of water in the UHS forgot to take into account leakage from the cooling pond.

Not that this failure is going to cause River Bend to do something extreme like reducing output for its single General Electric boiling water reactor until the potential safety problem is resolved. Rover Bend’s Fukushima-style GE reactor continues to run at 100 per cent output today. River Bend promises to take unspecified “compensatory measures” until an engineering solution can be devised.

If any of those compensatory measures involves adding water to the UHS to account for leakage, that kind of defeats the purpose of the 30-day supply requirement, since that requirement was put into the license to assure adequate cooling water during an event that might make it impossible to add water to the Ultimate Heat Sink. According to the Event Report:

The system design basis requires that 30-day inventory be maintained, with the assumption that no replenishment of the UHS occurs for the entire duration of the postulated event.

2. And the Cook nuclear power plant in Michigan reported today that a non-licensed employee foreman tested positive for alcohol in a random Fitness for Duty screening. The foreman’s plant access has been terminated.

By day, I work for a call center. In my spare time, I try to save my hometown (and planet) from a nearly constant onslaught of greedheads, lunatics and land developers. I live in a fictional town called Austin, Texas, where I go to way too many meetings.
View all posts by Robert Singleton →
This entry was posted in Cook, Cooling water, Drunk at work, Event Reports, Nuclear Regulatory Commission, River Bend and tagged Cook, drinking at work, Event Reports, Fitness for Duty, Louisiana, Michigan, nuclear power, Nuclear Regulatory Commission, River Bend, United States. Bookmark the permalink.