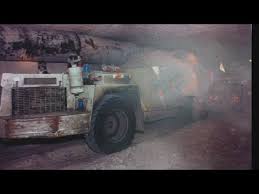 The federal Mine Safety and Health Administration (MSHA) in June inspected the surface facilities at the sprawling (Waste Isolation Pilot Plant) complex near Carlsbad and issued 52 citations, ranging from exposed electrical wiring to housekeeping matters, plant spokesman Tim Runyon said in a statement.

Violations included the absence of a sign warning against open flames or smoking near flammable materials to walkways blocked by boxes, according to a document released by the facility.

He could not immediately say when facilities at the plant were last inspected by federal officials or whether it has faced workplace-related citations in past.

These violations were all observed in the above-ground facilities at the Waste Isolation Pilot Project, since that were the only WIPP facilities that can currently be expected, but they may be indicative of the safety culture at the facility.

Reuters also cited a previous report on the fire to answer the inspection question:

Government investigators who probed an accidental fire in the salt mine a week before the radiation leak found that the MSHA had inspected the nuclear waste repository just twice in three years instead of the required four inspections annually.

By day, I work for a call center. In my spare time, I try to save my hometown (and planet) from a nearly constant onslaught of greedheads, lunatics and land developers. I live in a fictional town called Austin, Texas, where I go to way too many meetings.
View all posts by Robert Singleton →
This entry was posted in Department of Energy, Fire, Mine Safety and Health Administration, Radioactive waste, Waste Isolation Pilot Plant and tagged fire, Mine Safety and Health Administration, New Mexico, radioactive waste, Waste Isolation Pilot Plant. Bookmark the permalink.