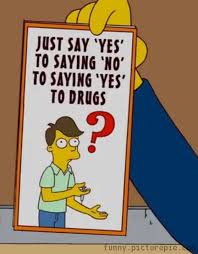 Two men were charged with drug possession on Thursday night after security at the Oyster Creek Nuclear Power Plant searched a suspicious car on the property, police said.

At 10 p.m. Thursday, police responded to the Oyster Creek Nuclear Power Plant main gate security checkpoint after security had (stopped) a car that appeared to be suspicious and driven by an unlicensed driver, Chief David Paprota said.

Security was surprised at what they found:

Plant security seized 13 wax folds of heroin, a hypodermic needle, marijuana, a glass smoking pipe, and a vial of anabolic steroids and turned the drugs over to police, according to Paprota.

By day, I work for a call center. In my spare time, I try to save my hometown (and planet) from a nearly constant onslaught of greedheads, lunatics and land developers. I live in a fictional town called Austin, Texas, where I go to way too many meetings.
View all posts by Robert Singleton →
This entry was posted in Drugs at work, Oyster Creek, Security and tagged drugs, New Jersey, nuclear power, Oyster Creek, Security, United States. Bookmark the permalink.