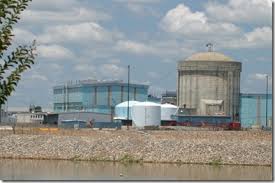 A leaking safety valve at SCE&G’s nuclear power plant northwest of Columbia is expected to keep the plant shut down for up to two weeks as the utility works to make repairs.

S.C. Electric & Gas temporarily shuttered the V.C. Summer plant in Fairfield County on Sunday afternoon, notifying the U.S. Nuclear Regulatory Commission that water was leaking from a pressurizer safety valve, according to a notice filed with the atomic energy oversight agency.

The Cayce-headquartered power company, which said Tuesday the leak isn’t a danger to the public, said it may take up to 14 days to get the nuclear power plant up and running again. The leak released a small amount of contaminated water inside the plant, federal regulators said.

“On Sunday afternoon, plant operators and monitoring systems at V.C. Summer nuclear station detected that a relief valve was not working properly,” company spokeswoman Rhonda O’Banion said in an email. “Although still within operating limits, management made the conservative decision to shut down the plant to inspect and replace the valve.”

By day, I work for a call center. In my spare time, I try to save my hometown (and planet) from a nearly constant onslaught of greedheads, lunatics and land developers. I live in a fictional town called Austin, Texas, where I go to way too many meetings.
View all posts by Robert Singleton →
This entry was posted in Event Reports, Nuclear Regulatory Commission, Summer nuclear plant and tagged nuclear power, Nuclear Regulatory Commission, South Carolina, Summer, United States. Bookmark the permalink.