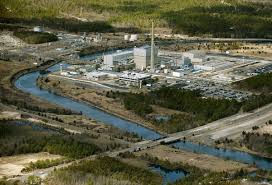 The nation’s oldest operating nuclear plant has been taken offline temporarily so crews can replace a piece of equipment.

The Oyster Creek plant in Lacey Township was shut down at 8 p.m. Monday.

What the Associated Press and the Asbury Park Press failed to mention was that Oyster Creek had no choice but to shut down the reactor, as the valve situation amounted to a limiting condition of operation, requiring a controlled shutdown within 24 hours. According to the Event Report filed today with the Nuclear Regulatory Commission:

On July 7, 2014 at approximately [2040 EDT], an issue was discovered with currently removed Electromatic Relief Valves (EMRVs) that calls the operability of the currently installed EMRVs into question. Based on this new information, all 5 of the currently installed EMRVs were conservatively declared inoperable. With the potential of 5 EMRVs inoperable a Technical Specification shutdown is required under Technical Specification 3.4.b, whereby reactor pressure shall be reduced to 110 psig or less within 24 hours.

The report characterized the situation as an “event or condition that at the time of discovery could have prevented the fulfillment of the safety function of structures or systems that are needed to (m)itigate the consequences of an accident.”

And you can see the NRC Event Report at www.nrc.gov. Click on Read More under Event Reports on the upper right side of the page. Then under Reports Associated with Events, click on Current if you’re doing this today, or under Archives after today.

By day, I work for a call center. In my spare time, I try to save my hometown (and planet) from a nearly constant onslaught of greedheads, lunatics and land developers. I live in a fictional town called Austin, Texas, where I go to way too many meetings.
View all posts by Robert Singleton →
This entry was posted in Event Reports, Nuclear Regulatory Commission, Oyster Creek and tagged Event Reports, New Jersey, nuclear power, Oyster Creek, United States. Bookmark the permalink.