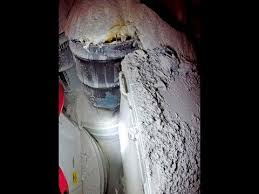 The only thing buried deeper than the waste barrels at the Waste Isolation Pilot Plant in New Mexico is the lead in an AP story that ran yesterday in the Lubbock Avalanche-Journal. Here’s the story, starting from paragraph seven of the AP article:

According to the memo obtained by The Associated Press, (Principal Associate Lab Director Terry) Wallace told employees at a meeting Monday that the probe is focused on 16 barrels of highly acidic, nitrate-salt-bearing waste, including the drum that leaked at the Waste Isolation Pilot Plant. Ten of the other barrels are also underground at the mine in Carlsbad, New Mexico, while five are in temporary storage and under special monitoring at a private waste facility in Andrews.

Wallace is quoted in the memo as saying that a technical review “identified certain conditions that might potentially cause an exothermic reaction inside a drum. Among them are neutralized liquids, a low pH and the presence of metals.”

By day, I work for a call center. In my spare time, I try to save my hometown (and planet) from a nearly constant onslaught of greedheads, lunatics and land developers. I live in a fictional town called Austin, Texas, where I go to way too many meetings.
View all posts by Robert Singleton →
This entry was posted in Waste Isolation Pilot Plant and tagged radioactive waste, United States, Waste Isolation Pilot Plant. Bookmark the permalink.