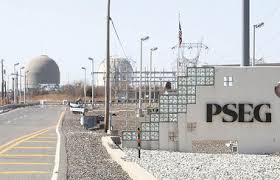 As I told you last week, workers at the Salem nuclear power plant in New Jersey found multiple sheared bolts in the impeller system in three out four reactor coolant pumps in the Unit 2 reactor.

An update today in Delawareonline indicates that there may be additional problems:

According to the Nuclear Regulatory Commission, some of the broken bolts wound up in the bottom of the reactor core itself or in plant piping. Part of one damaged pump just above the impeller was believed to have dropped and slightly touched the spinning impeller which can rotate thousands of times a minute.

The broken impeller systems have been sent offsite for examination:

NRC officials said PSEG had to remove all four pumps and send them off-site for work.

No indication of a timeframe for repairs was given.

By day, I work for a call center. In my spare time, I try to save my hometown (and planet) from a nearly constant onslaught of greedheads, lunatics and land developers. I live in a fictional town called Austin, Texas, where I go to way too many meetings.
View all posts by Robert Singleton →
This entry was posted in Salem and tagged New Jersey, nuclear power, Salem, United States. Bookmark the permalink.