Even the French are losing their enthusiasm for nuclear power 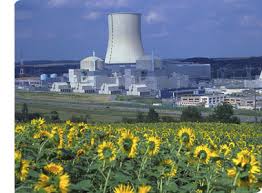 In what could be the clearest indicator of the imminent demise of the Nuclear Renaissance, France plans to invest heavily in renewable energy.

As the Wall Street Journal reported on Wednesday:

France, one of the world’s biggest proponents and exporters of nuclear power, is losing its appetite for the atom at home.

“We must diversify our energy sources and the share of nuclear will have to drop,” Ms. Royal told a news conference.

By day, I work for a call center. In my spare time, I try to save my hometown (and planet) from a nearly constant onslaught of greedheads, lunatics and land developers. I live in a fictional town called Austin, Texas, where I go to way too many meetings.
View all posts by Robert Singleton →
This entry was posted in France and tagged France, nuclear power. Bookmark the permalink.