How will Texas meet new EPA carbon reductions? “This not going to be that challenging,” says UT Energy Institute representative 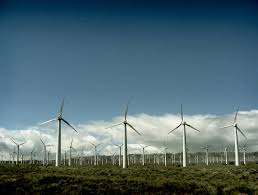 The White House announced last week that the Environmental Protection Agency will issue new rules calling for states to reduce carbon emissions from power production by 39 per cent by 2030. If you listen to those with a vested interest in coal or tar sands oil, the new rules will kill jobs, drive up the cost of electricity and accelerate the decline of Western civilation. House Speaker John Boehner called the plant: “Nuts!”

An article in today’s Fort Worth Star-Telegram provides a different view:

“We have an abundance of low-carbon resources — natural gas, wind, solar when it comes,” said Michael Webber, deputy director of the Energy Institute at the University of Texas at Austin. “I think, in the end, this is not going to be that challenging.”

According to the Star-Telegram article:

Already the No. 1 wind power state, Texas is on pace to increase wind capacity by close to 70 percent in just two years. Between that and the continued additions of natural gas-fired generation, several energy analysts say they expect the state to be able to meet the Environmental Protection Agency’s proposed goal of cutting its rate of carbon dioxide emissions by 39 percent by the year 2030.

It looks as if coal is already expected to provide less and less of the energy used in Texas:

Under most scenarios, many of the state’s coal-fired plants would remain in use but be needed less and emit less carbon as energy-efficiency programs dampen demand growth, which would increasingly be met with renewables and gas. The EPA’s plan also calls for existing coal plants to become at least 6 percent more efficient.

The bulk of the reduction will be the result of increased use of wind power:

In just this year and next, wind power capacity in ERCOT (Electric Reliability Council of Texas, the state’s electrical grid) will rise by 66.9 percent, according to the grid operator’s schedule of projects that have connection agreements. That follows four years of incremental growth, none of which amounted to 1,000 megawatts.

By day, I work for a call center. In my spare time, I try to save my hometown (and planet) from a nearly constant onslaught of greedheads, lunatics and land developers. I live in a fictional town called Austin, Texas, where I go to way too many meetings.
View all posts by Robert Singleton →
This entry was posted in Environmental Protection Agency, Wind and tagged Environmental Protection Agency, renewable energy, texas, wind. Bookmark the permalink.