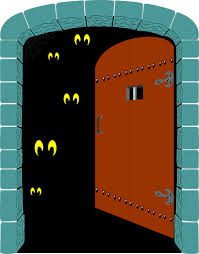 According to an Event Report posted on the NRC website on Friday:

At 0942 on May 25, 2014, the Cook Nuclear Plant (CNP) declared both Control Room Emergency Ventilation trains inoperable … due to an inoperable Control Room Envelope when a control room boundary door was identified as not latching correctly during a security door check.

What could have gone wrong? According to the report:

The latch would not have been able to maintain the door closed during an event resulting in Control Room Pressurization.

In either a badly-written sentence or a bizarre promise that current action could have mitigated an accident occurring in the past, the report asserts:

At this time, Security established a continuous door post and would have been able to maintain the door closed.

As always, you can view Event Notification Reports at www.nrc.gov.

By day, I work for a call center. In my spare time, I try to save my hometown (and planet) from a nearly constant onslaught of greedheads, lunatics and land developers. I live in a fictional town called Austin, Texas, where I go to way too many meetings.
View all posts by Robert Singleton →
This entry was posted in Cook, Event Reports, Nuclear Regulatory Commission and tagged Cook, Michigan, nuclear power, Nuclear Regulatory Commission, United States. Bookmark the permalink.