Event Reports: The things you’ll find out when a reactor is shut down…. 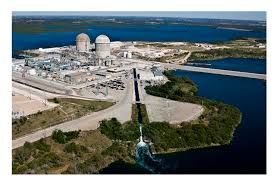 1. Last Friday, as technicians were conducting a series of tests on the Unit 2 reactor at Texas’ Comanche Peak nuclear plant, “it was determined that (a fire safe shutdown) cable was routed through a cable tray that was not designed to have a fire safe shutdown barrier.” The Event Report said that this routing “created an unanalyzed condition that significantly degrades plant safety.” Compensatory measures have been taken.

2. Also on Friday, inspectors discovered wear on three tubes penetrating the reactor vessel head in Unit 1 at South Carolina’s Summer nuclear power plant, which is currently in a refueling outage. According to the Event Report: “The penetrations will be repaired to meet the requirements of 10 CFR 50.55a prior to returning the vessel head to service.”

3. And Sunday afternoon, a leak was discovered in the Emergency Core Cooling System serving the sole reactor at the Wolf Creek Nuclear Power in Kansas. The leak rate was characterized as being about 2.5 gallons per minute. Efforts to repair the leak are underway.

By day, I work for a call center. In my spare time, I try to save my hometown (and planet) from a nearly constant onslaught of greedheads, lunatics and land developers. I live in a fictional town called Austin, Texas, where I go to way too many meetings.
View all posts by Robert Singleton →
This entry was posted in Comanche Peak, Event Reports, Nuclear Regulatory Commission, Summer nuclear plant, Wolf Creek and tagged Comanche Peak, Event Reports, Kansas, nuclear power, Nuclear Regulatory Commission, South Carolina, Summer, texas, United States, Wolf Creek. Bookmark the permalink.