Another mistake in Fukushima cleanup: Over a ton of radioactive water overflows container 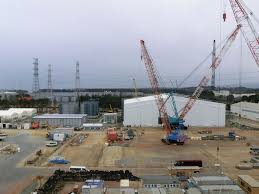 The website Manufacturing.net carried a story from the Kyodo News Agency today:

The water did not leak outside due to a barrier and remained inside the building housing the so-called Advanced Liquid Processing System (ALPS,) a facility that has been in trial operation since March last year.

The incident occurred as workers were flushing material that has absorbed radioactive substances into a waste container. But they noticed the container was overflowing at about 12:20 p.m.

TEPCO was cleaning the ALPS system for a good reason: It wasn’t working. According to the story:

TEPCO had to clean ALPS because it found one of the three lines was not removing radioactive substances to the level required.

By day, I work for a call center. In my spare time, I try to save my hometown (and planet) from a nearly constant onslaught of greedheads, lunatics and land developers. I live in a fictional town called Austin, Texas, where I go to way too many meetings.
View all posts by Robert Singleton →
This entry was posted in Fukushima, Radiation leak, TEPCO and tagged fukushima, Japan, nuclear power, TEPCO. Bookmark the permalink.