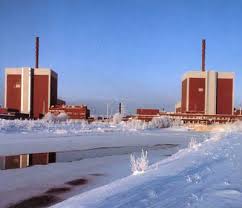 The Bellona Foundation, an environmental group based in Sweden, carried a piece this morning on the rising cost of building a new reactor at the Olkiluoto facility in Finland:

Woes continue to mount around the construction of Finland’s Olkiluoto 3, the new generation EuropeanPressurized Reactor (EPR), as new cost estimates for its completion have reached new heights, hitting the $11 billion dollar mark Hesingen Sanomat, reported, outpacing expenditures on ultra-luxury hotels and paying for the reconstruction of the World Trade Center three times over.

The project, which as of last year this time was already running $7 billion, or €5 billion, over its originally estimated price tag of €3 billion, sheds a dim light on the practicality and expense of the first-of-its kind reactor, which has been touted as a revolution in nuclear power production.

The new price estimate would make Olkiluoto 3 among the most expensive buildings in the world:

The coverage of the newly announced bill for the reactor in Helsingen Sanomat, Finland’s usually staid and respected daily paper of record, took a positively jeering parry at the cost overrun, and summoned comparisons to the world’s most expensive casinos, luxury hotels and even the Pyramids and the Taj Mahal to make its point.

The paper drew on the cost of Singapore’s ultra-luxury Marina Bay Sands Hotel and casino, the world’s most expensive building, which, on its completion, weighed in at €5.2 billion.

Since the Helsingen Sanomat is in Finnish, I’ll give you a link to the Bellonaa summary: http://bellona.org/news/nuclear-issues/2014-04-paper-construction-cost-overruns-olkiluoto-reactor-rival-skyscrapers-pyramids-taj-mahal
(Finnish link available on request.)

By day, I work for a call center. In my spare time, I try to save my hometown (and planet) from a nearly constant onslaught of greedheads, lunatics and land developers. I live in a fictional town called Austin, Texas, where I go to way too many meetings.
View all posts by Robert Singleton →
This entry was posted in Construction delays, Europe, Finance, Finland, Nuclear Renaissance, Olkiluoto, Uncategorized and tagged cost of nuclear power, Europe, Finland, nuclear power, Olkiluoto. Bookmark the permalink.