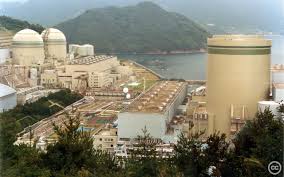 This morning, a number of news outlets in Asia are running an Agence France-Presse story about a fire at a Japanese nuclear power plant. Here’s what the Bangkok Post reported:

A minor fire broke out at a nuclear power plant in western Japan on Wednesday but there was no fear of a radiation leak, a utility spokesman said.

An electricity transformer caught fire at the No. 3 reactor at Takahama plant in Fukui, said a Kansai Electric Power spokesman, adding the blaze was rapidly brought under control.

“No one was injured and there was no impact from the incident — such as a radiation leak — on the outside environment,” he added.

Given the identical wording of all the stories, I suspect that the source of the information was a Kansai press release. I’ll post more information as it becomes available.

By day, I work for a call center. In my spare time, I try to save my hometown (and planet) from a nearly constant onslaught of greedheads, lunatics and land developers. I live in a fictional town called Austin, Texas, where I go to way too many meetings.
View all posts by Robert Singleton →
This entry was posted in Japan, Takahama and tagged Japan, nuclear power, Takahama. Bookmark the permalink.