Posted on January 4, 2014 by Robert Singleton 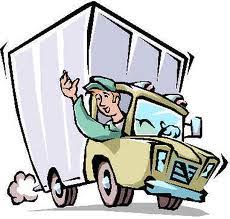 I learned a long time ago that sometimes the worst thing you can do to a person is to quote them accurately. Here’s a post from yesterday’s Event Notification Report page on the NRC website:

The following report was received via e-mail:

“This morning we [Oklahoma Department of Environmental Quality] were informed that a package containing a Siemens 20 mCi Ge-68 sealed source used for attenuation correction in a PET scanner was delivered to the wrong address by [a carrier] on Dec. 13. The package was signed for, but the person who signed is not an employee of the licensee: Tahlequah City Hospital (OK-15626-01). It is not presently known who the package was delivered to, but whoever it was realized that it was not intended for them and took it to the hospital where they left it on the loading dock without informing the hospital staff. The package remained on the loading dock until late afternoon on the 13th when it was noticed by shipping and receiving personnel who took it inside with the other deliveries. They did not notice the radiation labels on the package and did not inform radiology of its arrival. Instead it was placed in an unrestricted area until Dec. 20 when Siemens contacted the Nuclear Medicine staff to schedule a time to install the new source. The staff then searched Shipping/Receiving and found the package. The package was intact and had not been opened.”

By day, I work for a call center. In my spare time, I try to save my hometown (and planet) from a nearly constant onslaught of greedheads, lunatics and land developers. I live in a fictional town called Austin, Texas, where I go to way too many meetings.
View all posts by Robert Singleton →
This entry was posted in Event Reports, Nuclear Regulatory Commission, Radioactive material, Transportation and tagged Event Reports, nuclear, Nuclear Regulatory Commission, radioactive materials, United States. Bookmark the permalink.