Posted on December 19, 2013 by Robert Singleton 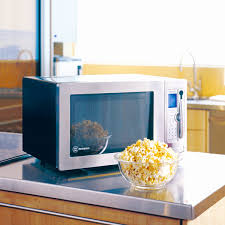 1. Wednesday morning, the Duane Arnold nuclear power plant in Iowa lost containment when both doors in the Secondary Containment Airlock were open at the same time. Secondary Containment had to be declared inoperable until the doors were secured. The plant’s single reactor was running at 100 per cent power at the time of the incident.

2. And on Wednesday afternoon, the same thing happened at the Limerick nuclear power plant in Pennsylvania, when station personnel opened the inner and outer airlock doors between the Unit 2 Reactor Enclosure and the Refuel floor. Again, Secondary Containment had to be declared inoperable until the doors were closed. The Limerick reactor was also at 100 per cent output.

Honestly, don’t these pair of doors face each other, and are in close proximity? I can understand that for safety reasons opening one door can’t automatically lock the other door, but don’t you think that a warning light might be in order, to tell someone about to open an airlock door that the other door is open? It doesn’t seem to be much more complicated than the cutoff that keeps your microwave from operating when the door is open. (Note: The microwave in the illustration is manufactured by Westinghouse. Hey, doesn’t Westinghouse also build nuclear reactors?)

By day, I work for a call center. In my spare time, I try to save my hometown (and planet) from a nearly constant onslaught of greedheads, lunatics and land developers. I live in a fictional town called Austin, Texas, where I go to way too many meetings.
View all posts by Robert Singleton →
This entry was posted in Duane Arnold, Event Reports, Limerick, Loss of Containment, Nuclear Regulatory Commission and tagged Duane Arnold, Event Reports, Iowa, Limerick, nuclear power, Nuclear Regulatory Commission, Pennsylvania, United States. Bookmark the permalink.