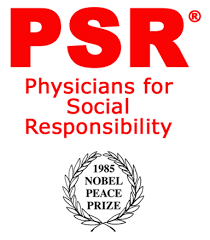 Oregon’s Lund Report ran an article today in which Physicians for Social Responsiblity estimated how much the closure of a single aging nuclear reactor could save its ratepayers:

Ratepayers in our region could save at least $1.7 billion over the next 17 years if the Columbia Generating Station nuclear power plant on the Hanford Nuclear Reservation in Washington State is closed according to a new report by McCullough Research.

The report estimated similar savings for other aging reactors:

“We believe this report demonstrates clearly that aging nuclear reactors, in addition to having safety problems, are having trouble competing in the electric power market,” says Dr. Catherine Thomasson, PSR national executive director. The report was commissioned by Oregon and Washington PSR.

The Colombia plant is a part of a name that should live in financial infamy. The Washington Public Power Supply System, appropriately known as WPPSS, collapsed in the 80’s and resulted in the largest municipal bond default in history.

Here’s a link to the Lund Report article: http://www.thelundreport.org/resource/ratepayers_could_save_17_billion_if_aging_nuclear_plant_at_hanford_is_closed