If you live near the Crystal River nuclear plant, can you go outside and see if it’s still there? 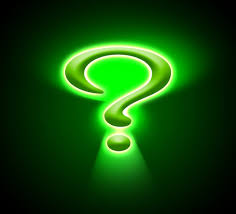 In the course of looking into why it’s going to take 60 years to decommission Florida’s Crystal River nuclear power plant, I ran across something unusual: Crystal River has disappeared from the Nuclear Regulatory Commission’s Power Reactor Status Report. Every weekday (excluding holidays,) the Status Report lists the power output for all of the nation’s commercial nuclear reactors.

I guess that, at some point, reactors scheduled for decommissioning are removed from the Status Report. I hope that they remain on the report until all fuel has been removed from the reactor. I’d personally like to see that reactors that are undergoing decommissioning stay on the Status Report as long as spent fuel is on site, which is definitely the case at Crystal River.

By day, I work for a call center. In my spare time, I try to save my hometown (and planet) from a nearly constant onslaught of greedheads, lunatics and land developers. I live in a fictional town called Austin, Texas, where I go to way too many meetings.
View all posts by Robert Singleton →
This entry was posted in Crystal River, Duke Energy, Nuclear Regulatory Commission and tagged Crystal River, Duke Energy, Florida, nuclear power, United States. Bookmark the permalink.