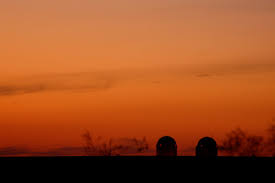 The Nuclear Regulatory Commission’s Event Reports page has updates on two items that I told you about yesterday:

First, the Comanche Peak nuclear powerplant in North Texas restored offsite power to both reactors, which had been on emergency diesel generator power after an offsite electrical cable was cut in a still-unexplained accident. Comanche Peak continued to operate both units at 100 per cent output after the cable problem. Most sensible people, I think, would have preferred that the reactors be powered down during a loss of offsite power accident.

Second, operators at New Jersey’s Hope Creek nuclear power facility, where the Unit 1 reactor shut itself down last Sunday morning following a turbine trip, were attempting to restart the reactor later that morning. During the attempted restart, a bypass valve on a recirculating pump opened unexpectedly. Reactor water level initially rose and then fell, and a Reactor Protection System activation and accompanying shutdown occurred.

By day, I work for a call center. In my spare time, I try to save my hometown (and planet) from a nearly constant onslaught of greedheads, lunatics and land developers. I live in a fictional town called Austin, Texas, where I go to way too many meetings.
View all posts by Robert Singleton →
This entry was posted in Comanche Peak, Event Reports, Hope Creek, Nuclear Regulatory Commission and tagged Comanche Peak, Event Reports, Hope Creek, New Jersey, nuclear power, Nuclear Regulatory Commission, texas, United States. Bookmark the permalink.