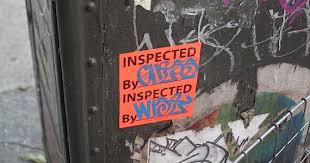 This morning, the Nuclear Energy Institue, which is the de facto Pep Squad for the nuclear industry, carried an item on its NEI SmartBrief from the Atlanta Business Chronicle on the expansion of Georgia’s Vogtle nuclear power plant. The Chronicle reported:

Georgia Power says it has completed “another major milestone” in the construction of Plant Vogtle units 3 and 4 – the placement of the CA-04 module in the Unit 3 nuclear island.

The module, also known as the reactor vessel cavity, will house the Unit 3 reactor vessel and is a critical module for the project, the company said in a statement.

The module is comprised of five sub-modules, weighing approximately 64,000 pounds, and is 27 feet tall and 21 feet wide.

What the Atlanta Business Chronicle and the Nuclear Energy Institute didn’t think it was important that you know is that there are serious quality assurance problems with subcontractors on the Vogtle expansion. As an Event Report posted Tuesday on the Nuclear Regulatory Commission described “a significant breakdown in the Quality Assurance (QA) Program of Chicago Bridge & Iron (CB&I) Lake Charles facility, a sub-supplier of CB&I. CB&I Lake Charles supplies safety-related structural sub-modules for the Vogtle 3 & 4 construction project.” The report concluded: “An evaluation of the root cause analysis results concluded that a significant QA program breakdown had occurred that could have produced a defect.”

Here’s a link to the Atlanta Business Chronicle article: http://www.bizjournals.com/atlanta/morning_call/2013/12/georgia-power-completes-major.html

By day, I work for a call center. In my spare time, I try to save my hometown (and planet) from a nearly constant onslaught of greedheads, lunatics and land developers. I live in a fictional town called Austin, Texas, where I go to way too many meetings.
View all posts by Robert Singleton →
This entry was posted in Nuclear Renaissance, Vogtle and tagged Georgia, nuclear power, Nuclear renaissance, United States, Vogtle. Bookmark the permalink.