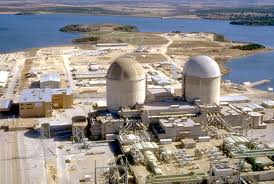 Wednesday afternoon, operators at the Comanche Peak nuclear power plant in North Texas declared an Unusual Event for both the station’s reactors after offsite power was lost. The Emergency Diesel Generators for both reactors started automatically when offsite power ceased. There are not a lot of details in the Event Report, but Comanche Peak informed the Nuclear Regulatory Commission that a cable had been cut.