NRC Event Reports: Please close on the door on your way out….

Posted on November 18, 2013 by Robert Singleton 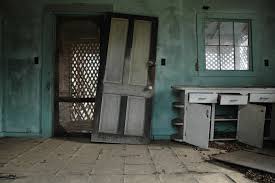 As I told you yesterday, the Limerick nuclear power plant in Pennsylvania had an incident last week where the inner and outer airlock doors to reactor containment were open simultaneously, providing a potential path for the release of radiation. Today, the Oyster Creek nuclear station in New Jersey reported that the same situation occurred at that plant yesterday. As my mother would say: “Were you born in a barn? Close the door!” (But don’t slam it.)

By day, I work for a call center. In my spare time, I try to save my hometown (and planet) from a nearly constant onslaught of greedheads, lunatics and land developers. I live in a fictional town called Austin, Texas, where I go to way too many meetings.
View all posts by Robert Singleton →
This entry was posted in Event Reports, Nuclear Regulatory Commission, Oyster Creek and tagged Event Reports, New Jersey, nuclear power, Nuclear Regulatory Commission, Oyster Creek, United States. Bookmark the permalink.