NRC Event Reports: Another fire potential report, a breach of containment, an impaired supervisor and a lot of reactor shutdowns

Posted on November 17, 2013 by Robert Singleton 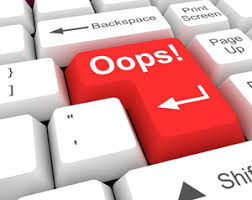 Here’s a week’s worth of items from the Nuclear Regulatory Commission’s Event Reports. (The summaries, in case you’re wondering, are mine.):

As I told you last week, the nuclear industry is now reviewing plant operations in light of something called ‘industry operating experience,’ and the results have not been encouraging, with the potential for fires discovered at a number of plants. This week, another nuclear station reported the possibility of catastrophic fires in certain circumstances.

Last Thursday, the Salem nuclear power plant in New Jersey reported that a review of the previously-mentioned industry operating experience revealed that a defective wiring design meant that in the event of a fire in the Control Room or in the Switchgear Rooms, a secondary fire could occur which “could adversely affect safe shutdown equipment and cause loss of the ability to conduct a safe shutdown….” Once again, the interim compensatory measure until the design flaw can be fixed consist of assigning additional personnel to firewatches.

On Sunday, November 10, operators of the Limerick nuclear power plant in Pennsylvania reported a violation of procedure in the Unit 1 reactor building that could have resulted in the release of radiation: “Station personnel simultaneously opened the inner and outer air lock doors from the unit 1 reactor enclosure to the radwaste enclosure.” This required a declaration that reactor enclosure secondary containment had been rendered inoperable. Under adverse circumstances, this could have led of radiation from containment.

On Thursday, November 7, the Harris nuclear power plant in North Carolina informed the NRC that a supervisor had failed a for-cause Fitness for Duty test. The substance the supervisor had used was not specificied in the Event Report. The individual has been terminated.

Now, on to the shutdowns.

On Saturday, November 9, operators at the Millstone nuclear power plant in Connecticut reported that the Unit 2 reactor had shut down automatically following a turbine trip caused by low steam vacuum caused by a combination of one circulating water pump failing while another was out of service. Cause of the pump failure is under investigation.

On Tuesday, ooerators at the Saint Lucie nuclear power station in Florida shut down the Unit 1 reactor due to a leak in the Digital Electro-Hydraulic System. This wasn’t the only problem at Saint Lucie, however.

Two days later, Unit 2 at Saint Lucie had to be shut down due low steam pressure caused by the unexpected closure of a Main Feedwater Isolation Valve. As of the Friday Reactor Status Report, the Unit 2 reactor was still out of service.

And also on Thursday, Unit 1 at the McGuire nuclear power plant in North Carolina had to be shut down due to an indication of four dropped control rods. As of the most Reactor Status Report, the reactor was still off-line.

NRC Event Reports can be read at www.nrc.gov.

By day, I work for a call center. In my spare time, I try to save my hometown (and planet) from a nearly constant onslaught of greedheads, lunatics and land developers. I live in a fictional town called Austin, Texas, where I go to way too many meetings.
View all posts by Robert Singleton →
This entry was posted in Event Reports, Harris, Limerick, McGuire, Millstone, Nuclear Regulatory Commission, Saint Lucie and tagged Event Reports, Harris, Limerick, McGuire, Millstone, nuclear power, Nuclear Regulatory Commission, Saint Lucie, Salem, United States. Bookmark the permalink.