Posted on November 9, 2013 by Robert Singleton 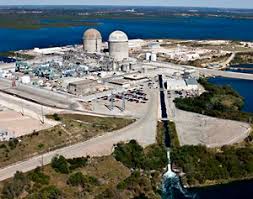 I wrote on Monday that the attempt to expand Texas’ Comanche Peak nuclear power plant was in trouble due to an unexpected shutdown of Unit 2 during testing, a negative safety report from the Government Accountability Office and a looming bankruptcy deadline.

Today, there was major news. Reuters reported this afternoon:

Citing a decision by Mitsubishi Heavy Industries to shift its focus to the restart of nuclear power plants in Japan rather than U.S. nuclear development, Luminant officials “concluded that it does not make sense to continue to expend Luminant or NRC resources” on the license application for Comanche Peak Nuclear Power Plant Units 3 and 4, according to a letter sent to the U.S. Nuclear Regulatory Commission.

Reuters noted that the Luminant’s decision to cease attempts to license the two additional reactors was consistent with a trend in the nuclear industry:

Luminant’s decision to suspend work on the new reactors follows similar action by other power companies.

With the high cost of nuclear construction, the low cost of natural gas and stagnating power demand, analysts expect no new reactors to be built in the United States for several years, other than those already under construction in Georgia, South Carolina and Tennessee.

The Fort Worth Star-Telegram carried response to Luminant’s decision from two key opponents of the expansion:

Tom “Smitty” Smith, director of Public Citizen’s Texas office, said “it was long believed EFH was keeping these licenses alive because they would be valuable assets in bankruptcy. This stunning decision shows how little bankers on Wall Street value nuclear power.”

Next up: A hearing gets underway January 6 in Houston on the expansion of the South Texas Project, Texas’ other nuclear power plant. I’ll keep you updated on that case….

By day, I work for a call center. In my spare time, I try to save my hometown (and planet) from a nearly constant onslaught of greedheads, lunatics and land developers. I live in a fictional town called Austin, Texas, where I go to way too many meetings.
View all posts by Robert Singleton →
This entry was posted in Comanche Peak, Expansion, Nuclear Renaissance and tagged Comanche Peak, Luminant, nuclear power, Nuclear renaissance, texas, United States. Bookmark the permalink.