Posted on August 3, 2013 by Robert Singleton 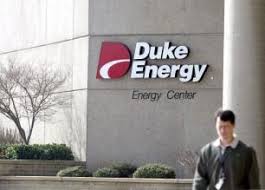 Duke Energy will not build two new nuclear reactors at a site near Orlando under the terms of a settlement announced Thursday. The new site in Levy County is near the company’s troubled Crystal River nuclear facility, which is set for retirement.

The news is not all good, however. As the Orlando Sentinel reported today:

Duke said it will continue to seek a federal license and expects the NRC to award it in late 2014 or early 2015, as it decides whether to eventually build on the site.

The final blows for the Levy County site were delays and rising cost:

The two plants were originally planned for completion in 2016, but last year the utility, then still known as Progress Energy Florida, said the still-empty site wouldn’t start producing power until at least 2024 and would cost between $19 billion and $24 billion.

By day, I work for a call center. In my spare time, I try to save my hometown (and planet) from a nearly constant onslaught of greedheads, lunatics and land developers. I live in a fictional town called Austin, Texas, where I go to way too many meetings.
View all posts by Robert Singleton →
This entry was posted in Duke Energy, Nuclear Regulatory Commission, Nuclear Renaissance and tagged Duke Energy, Florida, nuclear power, United States. Bookmark the permalink.