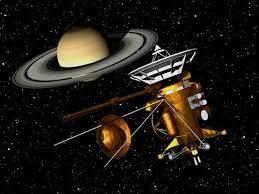 This is one of those half-a-loaf stories. World Nuclear News reported yesterday:

Initial success in demonstrating the feasibility of “space batteries” has led to the UK’s National Nuclear Laboratory (NNL) being awarded further developmental work by the European Space Agency (ESA).

NNL has so far spent two years and £1 million ($1.5 million) on its project to develop space batteries for ESA. The work has focussed on determining the technical feasibility and cost of separating americium from plutonium so that it can be used to power batteries for applications in space.

It’s one of the dirty little secrets of space science that most deep-space missions contain radioisotope thermoelectric generators, RTG’s for short. The RTG’s generate electricity to keep spacecraft’s instruments warm. The generators are powered by plutonium, and not in insignicant amounts. When the Cassini-Huygens spacecraft was launched in 1997 on a mission to Saturn, it carried 72 pounds of plutonium, enough for a widespread and catastrophic event if the spacecraft had not made it out of the Earth’s atmosphere.

Americium is also a radioactive element, and the article does not indicate how much americium would be neccessary to power an RTG. I’ll post more as further details become available.

Here’s a link to the article: http://www.world-nuclear-news.org/ON-Positive_results_from_space_battery_work-2607135.html

By day, I work for a call center. In my spare time, I try to save my hometown (and planet) from a nearly constant onslaught of greedheads, lunatics and land developers. I live in a fictional town called Austin, Texas, where I go to way too many meetings.
View all posts by Robert Singleton →
This entry was posted in Plutonium, spacecraft and tagged americium, plutonium, radioisotope thermoelectric generators, RTG, spacecraft. Bookmark the permalink.