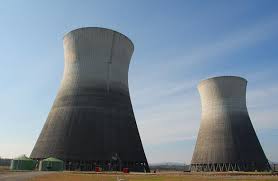 According to an Associated Press report appearing yesterday in the Dayton Daily News:

The Tennessee Valley Authority will cut 530 jobs and trim millions of dollars in spending on its effort to revive a mothballed nuclear plant in Alabama, utility officials said Wednesday in a decision that calls into question the project’s future.

A total of 35 TVA employees and 495 contractors will lose their positions at the Bellefonte Nuclear Power Station northeast of Scottsboro, Ala. The budget will fall from $182 million to $66 million, a reduction of roughly 64 percent.

TVA received regulatory approval for two reactors at Bellefonte in 1974. Numerous problems plagued the project, however. According to the AP report:

…the electric industry overestimated the long-term demand for power, and they proved far more expensive to build than most utilities projected.

TVA officials decided to defer the construction of one of Bellefonte’s reactors in 1985 and put off the construction of a second reactor three years later. During the mid-1990s, the utility debated converting the facility into a fossil fuel plant or use it to produce tritium, a radioactive isotope of hydrogen needed in nuclear weapons.

The Tennessee Valley Authority has had problems with another of its expansion plans as well:

An effort to finish another of its mothballed reactors at the Watts Bar Nuclear Plant in Spring City, Tenn., was originally expected to cost $2.5 billion. Finishing the project may require as much as $2 billion more, according to utility estimates.

The Associated Press put the TVA decision in perspective, citing a string of recent setbacks:

The decision comes as the price of natural gas has plummeted, making it difficult for the electric industry to justify the massive costs of new nuclear plants. Utilities in California, Florida, New Jersey and Wisconsin have either shut down plants or will halt operations in the future because they are too costly to repair or upgrade. While the industry proposed building a new wave of reactors just a few years back, only a handful are likely to be completed in the Southeast because of the same economics.

In its coverage of the TVA cutback, the World Nuclear News, an industry mouthpiece, pointed out another cancellation decision:

Also this week Exelon confirmed that it will not be going through with capacity uprate projects at the LaSalle and Limerick nuclear power plants. Each plant has two reactors and the total of the uprates across all four would have been 370 MWe.

WNN cited market condition for both the Exelon and TVA announcements:

Both these decisions were put down to an adverse mix of influences in the US power market. Exelon said cancelling the uprates was due to “market conditions”, while TVA said it had to control costs “in an environment where mild weather and a mild economy have negatively affected sales.”

Here’s a link to the Associated Press story: http://www.daytondailynews.com/ap/ap/georgia/tva-cuts-400-jobs-spending-on-ala-nuclear-plant/nYJpr/

And here’s one for the World Nuclear News piece: http://www.world-nuclear-news.org/C_Go_slow_on_new_US_capacity_1306132.html

By day, I work for a call center. In my spare time, I try to save my hometown (and planet) from a nearly constant onslaught of greedheads, lunatics and land developers. I live in a fictional town called Austin, Texas, where I go to way too many meetings.
View all posts by Robert Singleton →
This entry was posted in Bellefonte, Exelon, LaSalle, Limerick, Nuclear Renaissance, Tennessee Valley Authority and tagged Bellefonte, LaSalle, Limerick, nuclear power, Tennessee Valley Authority, United States. Bookmark the permalink.