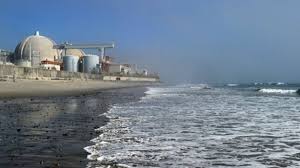 The owners of the San Onofre nuclear power plant in Southern California, which has been shut since January 2012, said on Friday that they would close it permanently because of uncertainty over when it could be reopened.

The decision by Edison International followed the announcement in May by Dominion Energy that it would close its Kewaunee nuclear power plant in Wisconsin and Duke Energy’s February decision not to restart Unit 3 at the Crystal River facility in Florida because of the cost of needed repairs. Additionally, plans for new reactors at Calvert Cliffs in Maryland and expansion plans for the South Texas Project have run into significant regulatory hurdles over the issue of foreign ownership.

Here’s a link to the Times story: http://www.nytimes.com/2013/06/08/business/san-onofre-nuclear-plant-in-california-to-close.html?_r=0

By day, I work for a call center. In my spare time, I try to save my hometown (and planet) from a nearly constant onslaught of greedheads, lunatics and land developers. I live in a fictional town called Austin, Texas, where I go to way too many meetings.
View all posts by Robert Singleton →
This entry was posted in Plant closures, San Onofre, Southern California Edison and tagged Edison, nuclear power, San Onofre, United States. Bookmark the permalink.