Event Reports: Reactor scrams in Pennsylvania, New York, Texas and New Jersey; excess radiation in Minnesota, a fire in New York, a toxic gas release in Ohio and a drunken supervisor in Florida

Posted on December 1, 2012 by Robert Singleton 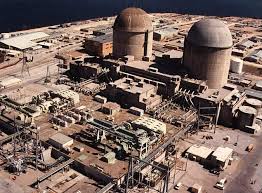 This post is kind of lengthy, as I haven’t been able to get around to looking at Event Reports for a couple of weeks.

1. Early in the morning of Friday, November 9, operators at the Susquehanna nuclear power plant in Pennsylvania had to manually shut down the Unit 2 reactor “due to a loss of ICS (Integrated Control System; which controls the reactor feed and reactor recirculation systems).” The unit’s circulation pumps activated on falling coolant water in the reactor. Two emergency cooling systems activated, and the water level in the reactor was brought under contol. The excitement wasn’t over for the night, though.

About three hours into the event, the reactor suffered an automatic scram during recovery, as water levels in the reactor continued to fall. As of this morning’s Reactor Status Report, the reactor is coming back on line, and is currently at 22 per cent output.

2. Early Sunday morning on November 11, the Unit 1 reactor at the FitzPatrick nuclear power plant shut down automatically after a fire broke out in the duct system in the Transformer Building. Automatic deluge systems activatated, but the fire continued. After the onsite fire brigade was unable to extinguish the blaze within fifteen minutes, the plant was required to issue a Notice of Unusual Event and enter the unit’s Emergency Plan. A little less than three hours later, the fire was declared to be extinguished and the plant exited the Unusual Event.

4. On Sunday, November 25, the Unit 2 reactor at the Salem nuclear power plant in New Jersey shut down automatically due to a failure of a monitor on one of the unit’s steam generator feedwater regulation valves. The reactor is ramping back up to service as of the latest Reactor Status Report.

5. On Monday, November 12, workers at the Monticello nuclear power plant in Minnesota were removing the old steam dryer from the plant reactor building when monitors detected an increase in the radiation level in the building. The increased radiation level caused operators to isolate the reactor building and start “transfer of the control room ventilation to the High Radiation Mode.” The reactor continued to operate at 100 per cent power during the incident.

6. On Friday, November 16, the Vogtle nuclear power plant in Georgia issued an Unusual Event declaration after a fire alarm indication in the protected area of Unit 2. Subsequent investigation indicates that there was not actual fire, and the Unusual Event was terminated after fifty minutes.

7. On Monday, November 19, a non-licensed contract supervisor at the Turkey Point nuclear power plant in Florida failed a random Fitness for Duty test. The test detected alcohol in the supervisor’s system. The contractor’s access to the plant has been terminated.

8. And on Wednesday, November 28, an Unusual Event was declared at the Perry nuclear power plant in Ohio due to carbon monoxide levels in the Radwaste Control Room. The control room was evacuated during the incident. The source of the excess carbon monoxide was determined to be a leaking acetylene bottle, which was removed. No injuries were reported.