Posted on November 1, 2012 by Robert Singleton 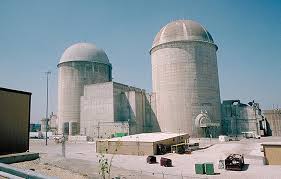 The Comanche Peak nuclear power plant in North Texas told the Nuclear Regulatory Commission that its Unit 1 reactor had an unexpected activation of two of its emergency systems yesterday afternoon. Plant officials said that the reactor’s Blackout Sequencer faulted, resulting in activation of the unit’s Turbine Driven Auxiliary Feed Water Pump and its Train ‘B’ Emergency Diesel Generator. Operators reduced power to 97 per cent of rated power following the incident. Investigation of the cause of the activations is ongoing.

By day, I work for a call center. In my spare time, I try to save my hometown (and planet) from a nearly constant onslaught of greedheads, lunatics and land developers. I live in a fictional town called Austin, Texas, where I go to way too many meetings.
View all posts by Robert Singleton →
This entry was posted in Comanche Peak, Event Reports, Nuclear Regulatory Commission, Reactor problems and tagged Comanche Peak, Event Reports, nuclear power, Nuclear Regulatory Commission, texas, United States. Bookmark the permalink.