And yet another installment of: “Is it just me, or is this a stunningly stupid idea?”

Posted on November 1, 2012 by Robert Singleton 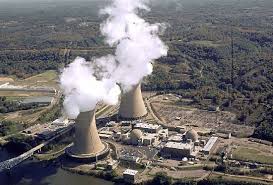 Despite concerns associated with nearby seismic activity, officials do not foresee any problems with Chesapeake Energy’s plans to frack within 1 mile of the Beaver Valley Nuclear Power Station.

The article contained a number of incidents that suggest that there is a connection between hydraulic fracturing, or fracking, and increased seismic activity:

After a swarm of small earthquakes hit north-central Arkansas near a formation called the Fayetteville shale last year, the state issued a temporary moratorium last year on new injection wells. The state found that three wells were operating near an unknown fault and were likely contributing to earthquakes. State officials shut those wells and banned future ones near the fault.

In April 2010, a 3.4-magnitude earthquake hit Braxton County, W.Va. In a span of several months, the area was hit by five more such quakes. The quakes were small – about a 2.7 magnitude – but large enough to catch the attention of state officials.

Wastewater from fracking is also a problem:

…some research shows that fracking can release radioactive radium and uranium from the ground. Radium that is swallowed or inhaled can accumulate in a person’s bones. Long-term exposure increases the risk of developing several diseases, such as lymphoma, bone cancer and diseases that affect the formation of blood, according to the U.S. Environmental Protection Agency.

Here’s a link to the article: http://www.hsconnect.com/page/content.detail/id/579683/Fracking–set-within–1-mile-of–nuke-plant.html?nav=5010

By day, I work for a call center. In my spare time, I try to save my hometown (and planet) from a nearly constant onslaught of greedheads, lunatics and land developers. I live in a fictional town called Austin, Texas, where I go to way too many meetings.
View all posts by Robert Singleton →
This entry was posted in Beaver Valley, Fracking and tagged Beaver Valley, nuclear power, Pennsylvania, United States. Bookmark the permalink.