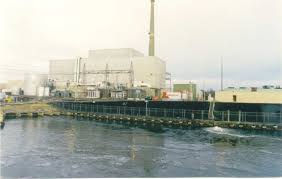 I had previously reported that the Nine Mile Point nuclear power plant in New York lost offsite power to one of its reactors during Hurricane Sandy. This morning’s Nuclear Regulatory Commission Event Reports indicate that the same thing happened to the Unit 1 reactor at Oyster Creek in New Jersey: “The site also experienced a loss of offsite power event concurrent with the additional water level increase. Both emergency diesel generators started and are supplying power to the emergency electrical busses.”

Another update indicates that the water level at Oyster Creek has fallen and that the Unusual Event has been terminated.

As always, you can access NRC Event Reports at www.nrc.gov.

By day, I work for a call center. In my spare time, I try to save my hometown (and planet) from a nearly constant onslaught of greedheads, lunatics and land developers. I live in a fictional town called Austin, Texas, where I go to way too many meetings.
View all posts by Robert Singleton →
This entry was posted in Event Reports, Flooding, Hurricane, Nuclear Regulatory Commission, Oyster Creek and tagged Event Reports, hurricane, New Jersey, nuclear power, Nuclear Regulatory Commission, Oyster Creek, United States. Bookmark the permalink.