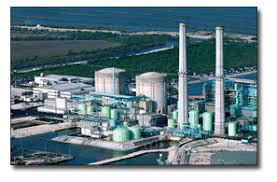 The U.S. Nuclear Regulatory Commission is putting a hold on requests for new reactor construction and license renewals —including Missouri’s only nuclear power plant — after a recent federal court ruling questioned the agency’s plans for storing radioactive waste.

The NRC’s Tuesday ruling will delay at least 19 requests by utilities for new construction and operating licenses or license renewals. Those projects include Ameren Corp.’s request for a 20-year license renewal at its Callaway County plant in central Missouri; a renewal request by the Calvert Cliffs power plant in southern Maryland; and a request by Florida Power & Light to build two new reactors at its Turkey Point nuclear plant south of Miami.

A coalition of two dozen environmental groups sought the delay after a federal appeals court in Washington ruled in June that the NRC’s plans for long-term storage of radioactive waste at individual reactors were insufficient.

By day, I work for a call center. In my spare time, I try to save my hometown (and planet) from a nearly constant onslaught of greedheads, lunatics and land developers. I live in a fictional town called Austin, Texas, where I go to way too many meetings.
View all posts by Robert Singleton →
This entry was posted in License extension, Nuclear Regulatory Commission and tagged nuclear power, Nuclear Regulatory Commission, United States. Bookmark the permalink.