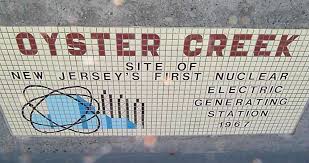 Early Monday morning, the Oyster Creek nuclear power plant in New Jersey declared an Unusual Event after losing offsite power. The reactor shut down automatically. The loss of power caused the start of the plant’s Emergency Diesel Generators. Offsite power was restored after slightly more than an hour. About an hour after that, Oyster Creek ended the Unusual Event. The reactor is still out of service, according to this morning’s Reactor Status Report.

The boiling water reactor at Oyster Creek is the oldest still in service in the United States, having come online in December 1969. The unit was licensed for 40 years, but in April 2009, the Nuclear Regulatory Commission granted a license extension through 2029.

By day, I work for a call center. In my spare time, I try to save my hometown (and planet) from a nearly constant onslaught of greedheads, lunatics and land developers. I live in a fictional town called Austin, Texas, where I go to way too many meetings.
View all posts by Robert Singleton →
This entry was posted in Event Reports, Exelon, Loss of offsite power, Nuclear Regulatory Commission, Plant shutdowns, Reactor problems and tagged Event Report, nuclear power, Nuclear Regulatory Commission, Oyster Creek, United States. Bookmark the permalink.